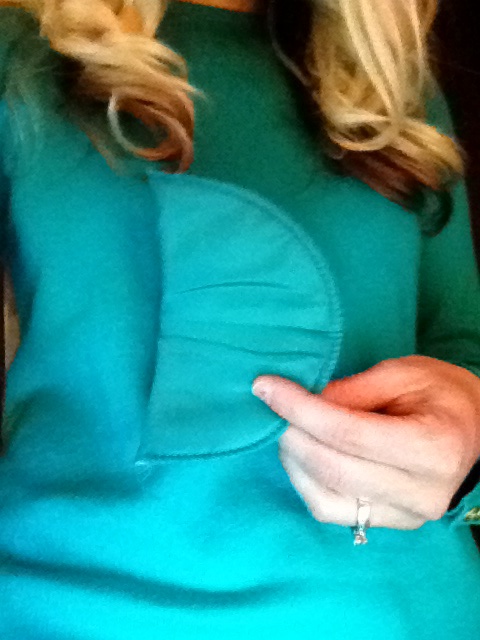 See that dress in the picture? I spent at least ten minutes in a boarder line Grandma store trying to decide if it was cool.

I’m out of the coolness loop now that I have 27 children. Today in the way home from taking Asher to school I felt 25 again. I am 25 but let me explain . I was cruising along with just Adah in the car. I accidentally left Rhema at home. Happens a lot. Jk.

I put the radio on a ” secular” station. Lol. Secular. It’s such a gross word. I never have the radio on because I have three tiny sponges in the backseat that would repeat every inappropriate line in a song. I am therefore in the dark about what is cool. Which is fine. I have TOMS.
Bopping along to a weird song I felt all the sudden rebellious. Momma was breakin’ out some swift moves, but the old lady beside me wasn’t impressed. Maybe I should give her my dress.

So back to the dress. I stood there trying to examine it. Trying to picture the coolest chic I know wearing it. That is Rhema, and she wasn’t with me. Because she would tell me. I was chasing Adah around the store holding the dress. Do I get this ? It’s only ten bucks. But ain’t nobody got time to try it on. I got it. The lady at the counter handed me the bag and smiled. I half smiled. Half winced. She probably thought I was constipated.

I woke up this morning in the mood to look attractive and try to impress Asher who is sure to tell me what he thinks of my outfit. I get out the dress , which is wrinkled because I don’t own an iron. Or maybe it’s in the attic. No. I think I sold it at a yardsale to an old lady.

I go to hang it up and notice there are shoulder pads attached.

Coolness defeated. My gut was right. I carefully took them out and wept silently. No wait the weeping was from Adah because she hadn’t breasted in 10 minutes.

I gave the shoulder pads to Rhema to play with. She immediately put them in her shirt to make boobs. That a girl.

What does that even mean?

As I was laughing at myself , which is a regular occurrence Jesus began to speak.

He was right. Well duh. But how easily have I gotten offended lately? Quick to loose my cool and want to back hand my neighbor? I can choose to show them love because isn’t that my job? He is telling me over and over and over and over that it’s not my job to judge.

But it’s my job to take out shoulder pads. Because they’re awful.