Often in life our plans get derailed. I was supposed to be finishing up the TEN DAY series on my blog, but it just so happened that my path crossed today with a young man I only saw for a few minutes. His behavior shaped the character in my son, softened him a bit. And softened this Mother to mush.

Today so happened to be the first time in public in almost a week. After being bed ridden with pain and watching endless episodes of Gilmore Girls reruns , I was finally able to manage my pain and get out of bed. It was as if I had forgotten what to do with young children. They all started begging me for lunch, so I did all I knew to do. I met a friend at Chic fila and then took them to a local ” jump” place so maybe they would get tired? Maybe they would nap? Either way, physically unable to participate in the fun I sat and watched all the jumping and laughing. I was the cheerleader on the side lines, and the water girl to more children than I knew I had. 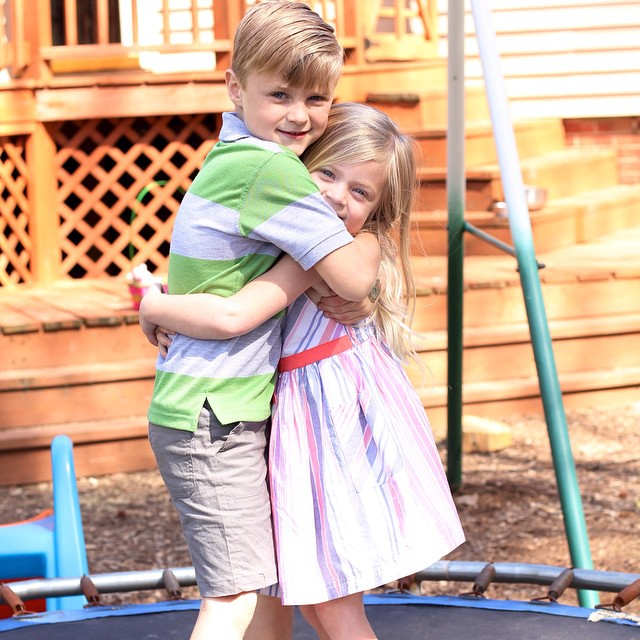 Our six year old son is all boy. By all boy I mean that he is competitive like any another child his age. He is also convinced that he is elite in every sport, including basketball which he has only played in our backyard. Never the less, he was having a big time throwing a beach ball over this very tall net, into the jumpy house. He made this his thing for about thirty minutes. I watched him miss, then try again. Not a word of defeat, just determination to get the DANG BALL OVER THE FENCE. His face was fierce as he reached for his water bottle, he chugged it and threw it back my way.

It was then out of the corner of my eye that I saw this young man coming towards my son. Around age 10, his glasses formed his face. His hair perfectly combed to the side. His striped shirt tucked in his pants, with his belt fastened just right. I saw him standing there , fighting the deep urge to help my son. He paced the floor, and began pulling at his hair. Asher missing the net for the 34th time was too much for him.

Finally, he ran up to Asher and grabbed the ball. So forcefully that it knocked Asher to the ground. The young man threw the ball and shouted as it went flying over the fence. His hands making fists he screamed a victory cry yet again. Jumping up and down on the mat’s below him. Asher sat there on the floor watching his every move. Studying him. I noticed he wasn’t angry, just curious.

” HEY BUDDY! That was a sweet shot! Great job!”

Without a word to met the young man began to walk away to try out another activity. A small pep in his step made me smile as Asher walked over to me. He put his chubby hand on my knee and whispered into my ear:

The Mother sitting beside me leaned my way:

” Well I know that’s not your son, but I wanted you to know that he isn’t mine either!”

I smiled and nodded my head. Too exhausted to strike up a conversation. But as I sat there I realized one true thing…

I would have been proud to call him MY son. Regardless of any differences.

Children are more accepting of differences than adults are. They see NO wrong in others actions, maybe just difference. I do, and will continue to teach our children how to respect people, and themselves. But there was something in the way that my son sat there and observed him BEFORE he became angry. As if he was evaluating this boy’s motive.

How often do I do this an adult? When someone insults me, do I think about life in their shoes?

Let me be clear that I am not raising three door mats, just three door holders.